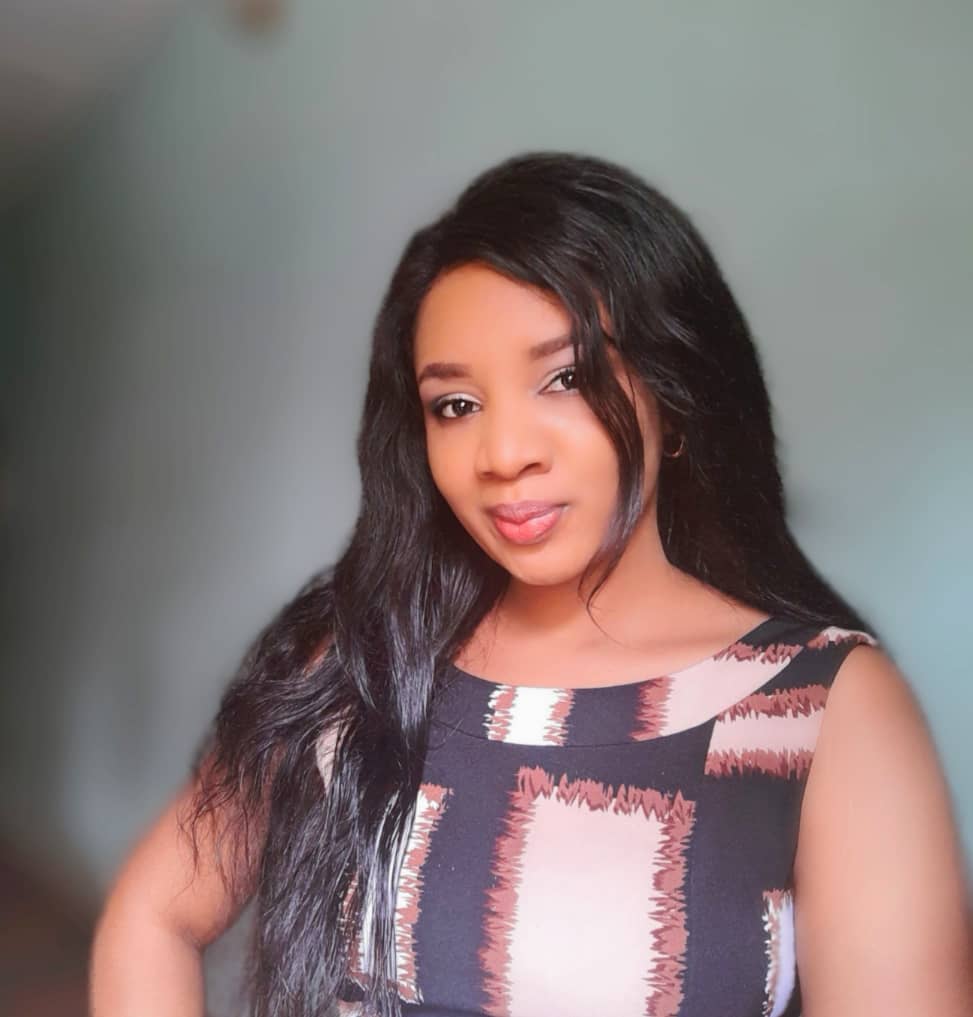 No Comments on Immune Boosting Foods By Linda IroegbuPosted in COVID 19, food, Health, immune boosting foods, immunity By cfine@centreforpublichealth.orgPosted on May 27, 2020April 8, 2021
About Linda Iroegbu
Linda is a Public Health Nutritionist (M.Sc.) and Food Scientist (B.Sc.) with two Academic Research Publications in reputable Journals. She has a keen interest in Food Security, Preventive Medicine, and Health Literacy. As a competent and dynamic young lady, Linda has not only worked with various Health Institutions and Non-Governmental Organizations, she also writes for several Health and Wellness Magazines/Blogs such as the Atlanta based Radiant Health Magazine. As the founder of Nutrition In Style, a platform that promotes optimal health for women and children she’s very passionate about empowering African women to live healthy and productive lives. Linda is a professional member of the Institute of Food Science and Technology and The Nutrition Society. She’s also a Certified Digital Marketer and employs this skill to improve the knowledge and health behaviors of African women.

Immune Boosting Foods
Adequate and appropriate nutrition is required for all cells to function optimally and this includes the cells in the immune system. The immune system is a network of tissues, cells, and organs that work to keep out or fight off germs/pathogens or disease-causing organisms like bacteria, viruses, fungi, and parasites when they invade the body.
All edible natural plant foods have properties that are beneficial to health. Each of these plant foods contains different blends of phytochemicals, antioxidants, vitamins, minerals, and trace elements which help to enhance our defense system. There is some evidence that various micronutrient deficiencies which include deficiencies of zinc, selenium, iron, copper, folic acid, and vitamins A, B6, C, and E alter immune responses in animals. To put it mildly, undernutrition impairs the immune system by suppressing immune functions that are fundamental to host protection. Therefore, nutrient status is an important factor that contributes to immune competence.
Certain micronutrients and dietary components exert multiple immunological effects, such as in the case of vitamin E as reported in this review, where it has a role as both antioxidant, an inhibitor of protein kinase C activity, and potentially interacting with enzymes and transport proteins. The amino acid arginine is essential for the generation of nitric oxide by macrophages, and the micronutrients vitamin A and zinc regulate cell division and so are essential for a successful proliferative response within the immune system. There is also increasing evidence that probiotic bacteria improve host immune function.
Optimal nutrition for the best immunological outcomes would thus be nutrition that supports the functions of immune cells allowing them to not just initiate effective responses against pathogens but also to resolve the response rapidly when necessary and to avoid any underlying chronic inflammation. Nutrients may, therefore, impact directly or indirectly upon immune cells causing changes in their function or may exert effects via changes in the gut microbiome. A better understanding of the role of nutrients in immune function will facilitate the use of bespoke nutrition to improve human health.
Specific Foods That Help Boost the Immune System
Green Tea
Green tea is made from unoxidized leaves of the Camellia sinensis plant and is one of the less processed types of tea. It, therefore, contains the most antioxidants and beneficial polyphenols. It specifically contains flavonoids, an antioxidant that boosts immunity, and it also has anti-inflammatory properties, according to a study published in the Journal of Indian Society of Periodontology. The study reports that the antioxidant catechin, which is heavily prevalent in green tea, is known to be a powerful antibacterial and antiviral properties and can kill off cold-starting bacteria and the influenza virus.
Mushrooms
Mushrooms may be great for boosting immunity according to a study by the University of Florida Institute of Food and Agricultural Sciences. The research suggests that participants who ate shiitake mushrooms every day for four weeks had a significant increase in numbers and strength of immunity-boosting T-cells. They also noticed a reduction in inflammatory-inducing proteins, proving that shiitake mushrooms also act as an anti-inflammatory agent.
Turmeric
Turmeric is an edible yellow spice used in cooking. It is also present in some alternative medicines. Consuming turmeric may improve a person’s immune response. This is due to the presence of compounds called curcuminoids the most important of which is curcumin. According to a 2017 review, curcumin has very strong antioxidant and very powerful anti-inflammatory effects. These benefits are best achieved when curcumin extract is combined with agents such as piperine found in black pepper, which increases its bioavailability significantly.
Also according to a study published in the Journal of Clinical Immunology, curcumin, is a potent immunomodulatory agent that can modulate the activation of T cells, B cells, macrophages, neutrophils, natural killer cells, and dendritic cells.

Ginger is used in many countries in a variety of dishes and desserts as a spice and condiment to add flavor to food as well as in teas. Besides this, the rhizome of ginger has also been used in traditional herbal medicine. The health-promoting perspective of ginger is attributed to its rich phytochemistry. In a review published in the International Journal of Preventative Medicine, researchers summarized that ginger’s potent anti-inflammatory properties may be the key in the root’s potentials to combat a cold or flu. Because inflammation can affect the body’s immune response, anti-inflammatory ginger can play a key role in boosting immunity.
Extra Virgin Olive Oil
Olive oil plays a crucial role as a main component of the Mediterranean diet, which has shown important benefits for human health. According to the current knowledge, the administration of diets containing olive oil exerts some beneficial effects on the immune system functions, likely due to the action of oleic acid. This oil, therefore, has the potential to help rebuild and boost the body’s immunity. A study published in the British Journal of Nutrition found that olive oil’s high content of polyunsaturated fatty acids acts as an anti-inflammatory agent in the body. The acids also assisted in boosting the immune system and guarding the body of infection.
Whole Grain Bread
Whole grains contain anti-inflammatory properties, which allows for an increase in the production of healthy bacteria in the gut, according to a study published by The American Journal of Clinical Nutrition.  A large percentage of the immune system cells are located in the gut, so, it’s important to keep it healthy to protect the body.
Eggs
In many parts of the world, eggs are readily available, inexpensive food. The yolks are packed with immunity-boosting nutrients such as zinc and selenium. Eggs also contain a high amount of vitamin D, which is vital in regulating and strengthening immunity. According to a study published in the Journal JAMA, participants who took a daily serving of vitamin D in the wintertime were less likely to catch a cold or any other upper respiratory tract infection in comparison to those who did not.
Oranges
Citrus fruits are known to possess beneficial biological activities and regular consumption has a considerable potential to promote health. Oranges happen to be the most prominent of all citrus fruits and they are packed with vitamin C, an essential nutrient that has many roles and has been linked to impressive health benefits. According to a review conducted by the National Centre for epidemiology and population Health at the Australian National University, vitamin C helps prevent the common cold for people exposed to sickness-inducing environments, such as cold weather. It can also help lower the duration and severity of a cold. Vitamin C is also reported to be beneficial in all stressful conditions that are linked to inflammatory processes that involve immunity.
Garlic
Garlic contains compounds with potent medicinal properties. This plant food which belongs to the onion family has built a reputation for being one of the best food remedies for cold, and for a good reason. Most of its health benefits come from the sulfur compounds formed when a garlic clove is chopped, crushed, or chewed and notable of them all is allicin. A review published in the Cochrane Database of Systematic Reviews showed that a group of participants in a study who ate garlic over three months only had 24 cases of the common cold in total, a significant decrease in comparison to the 65 cases reported by the control group. However, the researchers noted that more studies need to be conducted to validate garlic’s true impact on the common cold.
Apples
Apples are a popular fruit, containing antioxidants, vitamins, dietary fiber, and a range of other nutrients. Due to their varied nutrient content, they may help prevent several health conditions.“An apple a day keeps the doctor away” isn’t just an old wives’ tale—apples may help prevent the common cold. This fruit contains phytochemical antioxidants, according to a study published in the Nutrition Journal. These antioxidants are known to help boost immunity and reduce the risk of chronic diseases.
Nuts
Most nuts contain vitamin E, another vitamin that may be crucial in fighting off sicknesses. A study published in the Journal of the American College of Nutrition found that taking 50 milligrams of vitamin E daily helped cigarette-smoking men who were 65 years and older living in cities reduce their risk of catching a cold by 28 percent. However, the researchers noted that more studies need to be conducted to fully validate vitamin E’s potential in boosting immunity and preventing colds.
Greek Yoghurt
Greek yogurt is filled with probiotics and is packed with more protein than regular yogurt. A meta-analysis published in the Korean Journal of Family Medicine found that probiotics can help to prevent and treat the common cold. The researchers discovered that people who ate probiotics daily had a lower risk of catching a cold than those who did not eat any probiotic-rich food. For this reason, it is important to choose yogurt with active or live cultures.
Ginseng Tea
Ginseng tea is popular for more reasons than its delicious taste. Namely, the tea has been used as a treatment for upper respiratory tract infections (a.k.a. the common cold). A review published in the Canadian Medical Association Journal noted that ginseng has been shown to significantly reduce the symptoms of colds and influenza. However, the researchers noted that more research needs to be conducted to support ginseng’s immunity-boosting claims fully.
Immune Boosting Foods By Linda Iroegbu